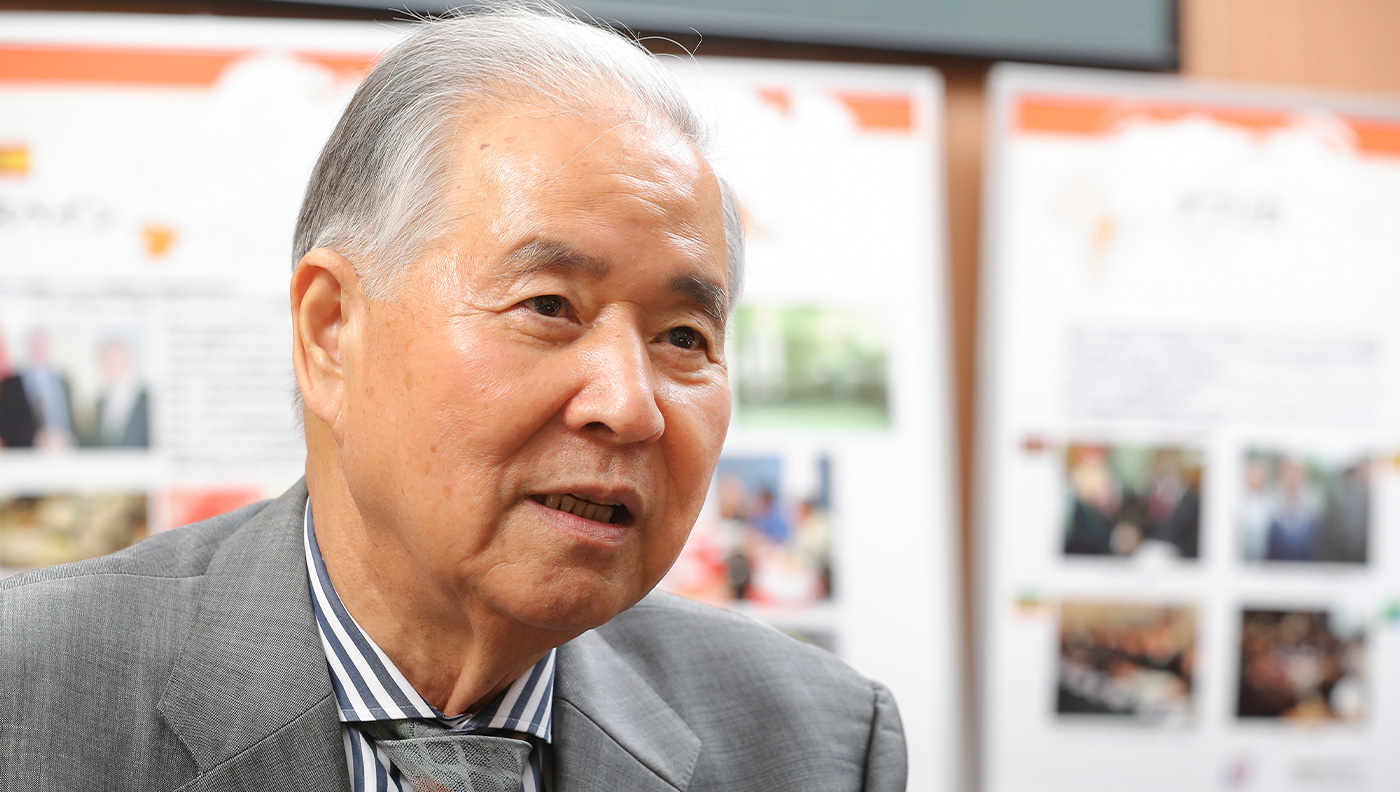 The founding and history of ABI

Although we made food appliances,
we did not have anyone who knew about ingredients!

Three years after joining the confectionery and bakery appliance maker where my father was the CEO and where my three brothers worked, I started having questions. I thought, “Future manufacturers cannot survive by merely selling wholesale to wholesalers. There needs to be a sales department.” At that time, wholesalers had all the information. I felt a sense of impending crisis that, if the sales staff did not directly interact with the users and listen to their needs, we would be left behind the times. I was told that if that was what I thought then I should go ahead and give it a go. As I studied every day, more questions arose. “Even though we make food appliances, none of us know about the ingredients!” When I asked my father this question again, I was allowed to study ingredients if I could stick to the monthly deadlines and maintain sales. I immediately knocked on the gates of various major food manufacturers but all of them refused to even give me the time of day. There are not many companies that will accept self-seeking youngsters from other companies. The only company that accepted me was Fuji Oil Co., Ltd., a food processing company. Ichiro Maruyama, who was the director of research and development at the time, contacted me, saying, “An interesting young fellow has appeared.”

From the time I was 26 years old, Director Maruyama and other employees at Fuji Oil thoroughly taught me about ingredients for 20 years. I still believe that those teachings were ingrained in me and were what led to the establishment of ABI. This is a story from that time. Director Maruyama asked me, “How about developing a fresh cream freezer?” At that time, a cake artisan who was a first-year exchange student studying in France had brought back knowledge on a freezing technique to Japan. However, when fresh cream was frozen, it changed color and lost its flavor. Even if the French were not too concerned about this, in Japan, this was seen as an issue of decreased quality. We immediately started joint research with Fuji Oil. Moreover, since my father’s company had never manufactured a freezer, I knocked on the gates of a major electric appliance manufacturer and learned about freezing technology from scratch. We first supplied the fresh cream freezer, which was completed in 1975, to a French national vocational training school. The product was highly evaluated by a pâtissier who held the Meilleur Ouvrier de France (MOF) award (a French national award for craftsmen of the year). However, we also received the following feedback. “There are lots of meat, vegetable, and fish items on the trays. Confectionery items are just one of these.” This was a big event that drove the development of the CAS engine. It is no exaggeration to say that the CAS engine started in France.